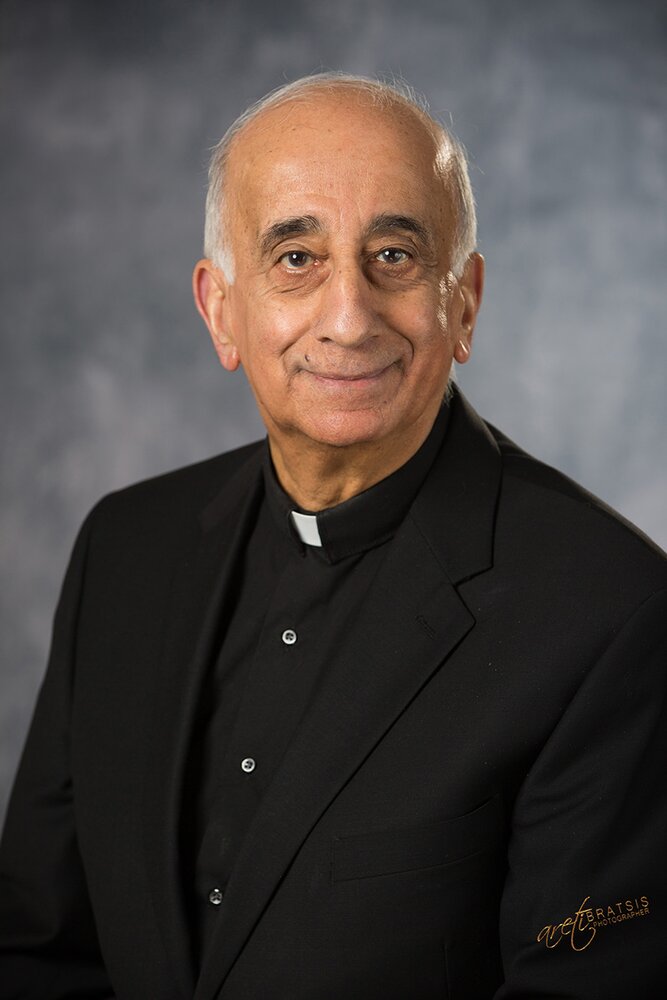 Rev. Dn. Michael Fadel grew up in a family of five girls and three boys. He attended St. George for the first eighteen years of his life. He attended Sunday School, served as an altar-boy, sang in the choir and eventually taught Sunday School. When he went to the university in September, 1954 he began attending St. Andrew Church. He soon met the Priest, Fr. Photios Donahue who was also a professor at the University. As he worked with him, they organized the Pan Orthodox Students Association. They started an annual church school teacher’s training program. The Saint Demetrios Church in Jackson MI is a result of this effort.
From Michigan, Deacon Michael and his wife returned to my home town Niagara Falls, N.Y. where he taught at the High School and Niagara University and served at Saint George Church in Buffalo, NY.
In 1977 Dean Michael and his wife moved to Greece to assist his in laws who had no other children. In Greece he held the position of Director of the English Language Program at the Platon Schools. In 1998, Deacon Michael retired and returned to the States to be with his children. He has served at the parish of Saint Vasilios in Peabody, MA since 1998.