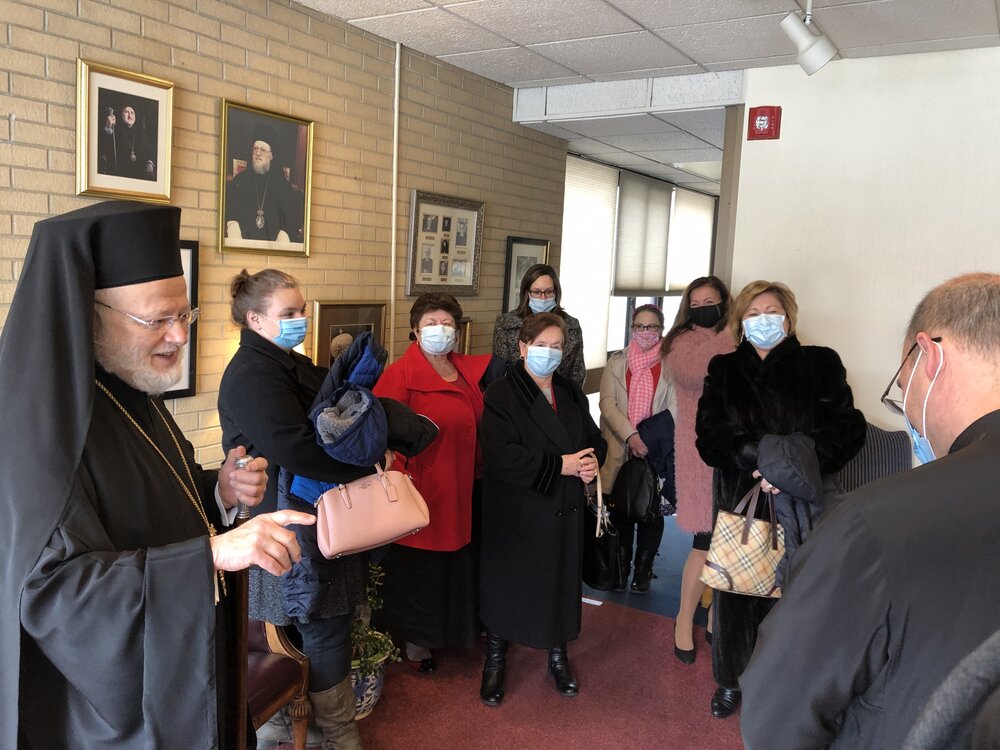 His Eminence Metropolitan Methodoios, spiritual shepherd of the Holy Metropolis of Boston, visited the Saint Sophia parish in New London Connecticut on Sunday, February 14, 2021. His Eminence served during the Orthros and Divine Liturgy, prayerfully leading the congregation in the beautiful liturgical services.

In His homily, His Eminence began by expressing his joy in visiting Saint Sophia, and commended the community for its warmth and Christian love. He then reflected on the Gospel passages leading up to the opening of the Triodion. He said that God creates every human being with free will and does not force them to follow Him. Therefore, if one wants to draw closer to God in one’s life, one must above all “desire” to be healed in soul and in body.

His Eminence pointed out that the blind man’s desire led him to cry-out to be healed by Christ, even though the people around him tried to keep him from doing so. Zacchaeus, though materially rich, desired to fill was missing in his soul and in his life, so, risking pubic humiliation, he climbed up a sycamore tree.  The Canaanite woman’s desire for Christ to heal her daughter, led her to humbly fall down at Christ’s feet to beg for healing – despite the racial, religious, and ethnic barriers of her doing so.

Fr. James Katinas, Proistamenos of Saint Sophia, said that both he and the parish were moved and inspired by the Metropolitan’s visit and his homily. Fr. Jim thanked His Eminence for his Archpastoral visit and for his Archpastoral ministry that has borne much fruit in the lives of so many people throughout the Metropolis over so many years. Fr. Jim particularly mentioned the ministry of the Saint Methodios Faith and Heritage Center and how the Camp Ministry cultivated such wonderful young servant-leaders like Pano Coufos, the Holy Cross graduate who accompanied him, and James Babinski, the Hellenic College student from the Saint Sophia parish.