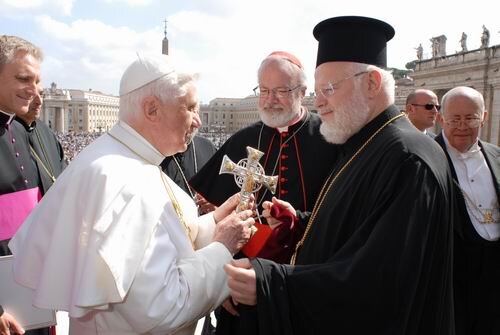 Metropolitan Methodios of Boston and Cardinal Sean P. O'Malley, along with almost 100 faithful from their respective churches have completed the first stop of their 10-day, three-city Pilgrimage to Rome, Constantinople and St. Petersburg. They departed from Boston on September 16.

Metropolitan Methodios presented Pope Benedict a cross during the Pope's weekly general audience in St. Peter's Square on September 19 which was attended by all

the participants of the ecumenical pilgrimage. The pilgrims toured the Vatican and St. Peter's Basilica. They viewed the seldom-seen archeological excavation of the necropolis, or city of the dead, over which the basilica was constructed. The excavation contains the remains of the original basilica constructed by the Emperor Constantine and the tomb of St. Peter. The participants also had the opportunity to visit the Vatican Museum and view Michelangelo's Sistine Chapel.

Metropolitan Methodios, Cardinal O'Malley along with Orthodox and Catholic clergy and ecumenical officers on the pilgrimage took part in a meeting at the Pontifical Council for Promoting Christian Unity. On the wall of the meeting room hangs the original icon given to Pope Paul VI by Ecumenical Patriarch Athenagoras I at their 1964 meeting in Jerusalem during which they lifted the mutual anathema between the churches. The icon depicts the brothers St. Peter and St. Andrew embracing.

The second stop of the ecumenical pilgrimage will be Constantinople where the pilgrims will meet Ecumenical Patriarch Bartholomew, tour the Theological School of Halki and visit the church of Agia Sophia. From Constantinople, they will go to St. Petersburg. 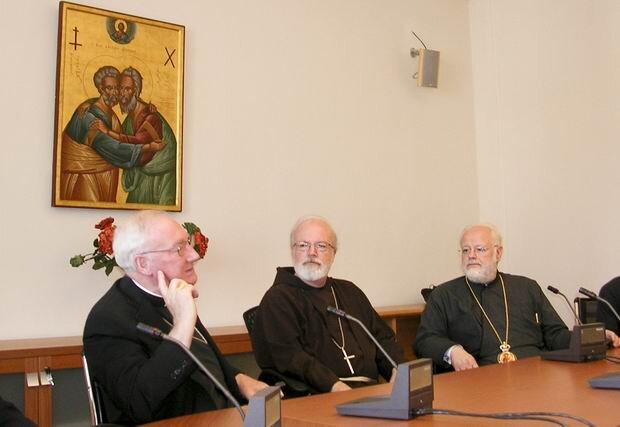 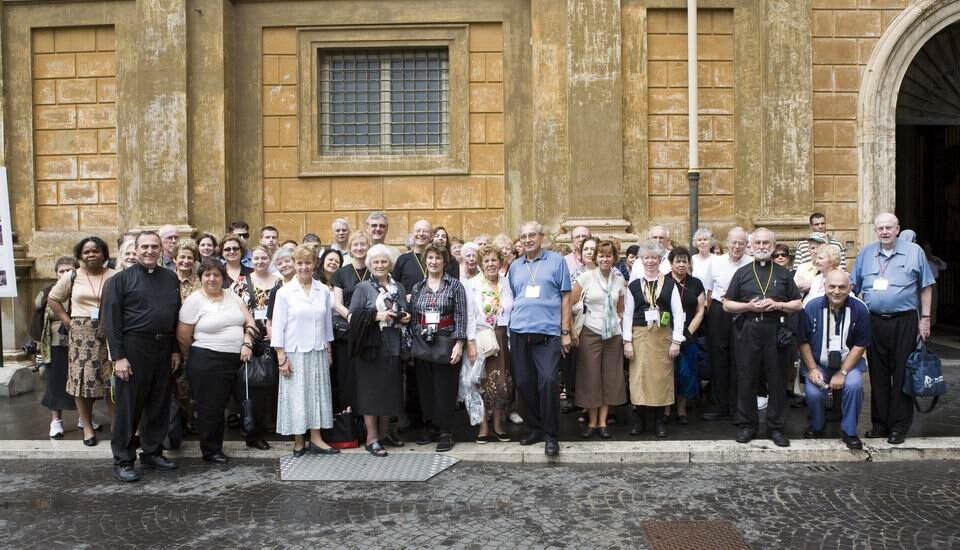