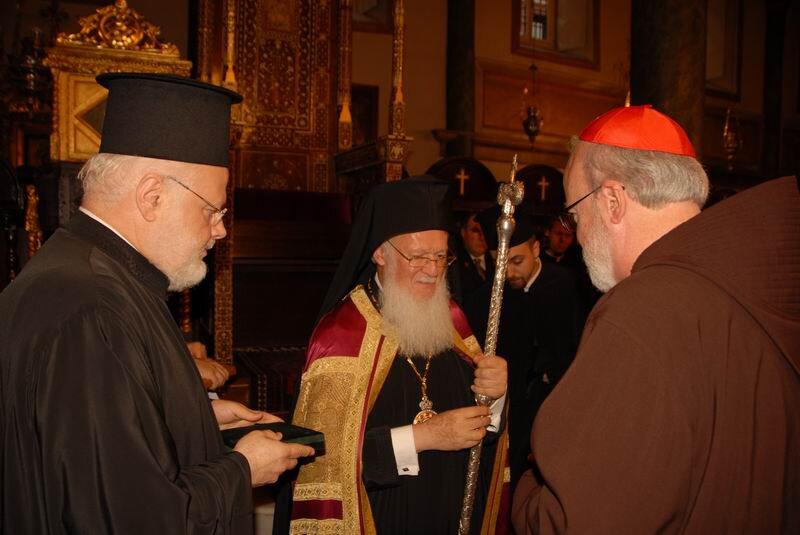 Following a memorable visit to Rome, the Orthodox Ecumenical Pilgrimage led by Metropolitan Methodios of Boston and Cardinal Sean O'Malley, traveled to Constantinople where they were warmly received by Ecumenical Patriarch Bartholomew and visited sites of great significance, including Agia Sophia, the magnificent Byzantine Basilica which became a mosque after the city's capture by the Ottoman Turks ain 1453 and since became a museum in 1934, the Phanar, and the Theological School of Halki which was closed by the Turks in 1971 and which the Orthodox world hopes will soon reopen to train Greek Orthodox Priests. The group also visited the St. Esprit Roman Catholic Cathedral, one of the main cathedrals of the Roman Catholic Church in Constantinople, enjoyed lunch at Topkapi Palace and dinner at Taksim Square

At the Phanar, Patriarch Bartholomew presided at the Patriarchal Great Vesper Service in the Cathedral of St. George. His All Holiness also held a special audience and met and spoke with each pilgrim personally. He presented them with a small golden cross to mark the occasion, one that, from all accounts, everyone "will treasure forever." 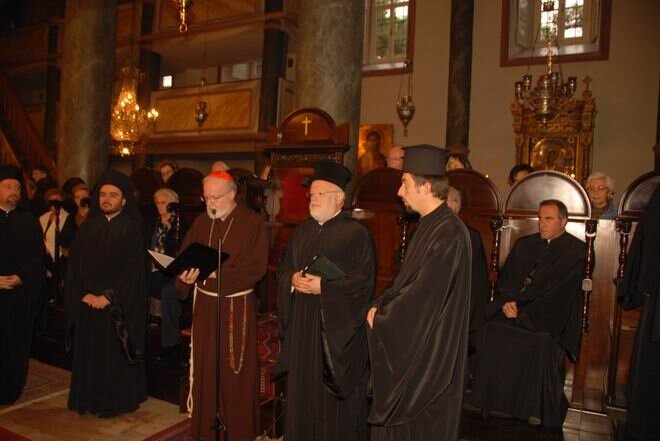