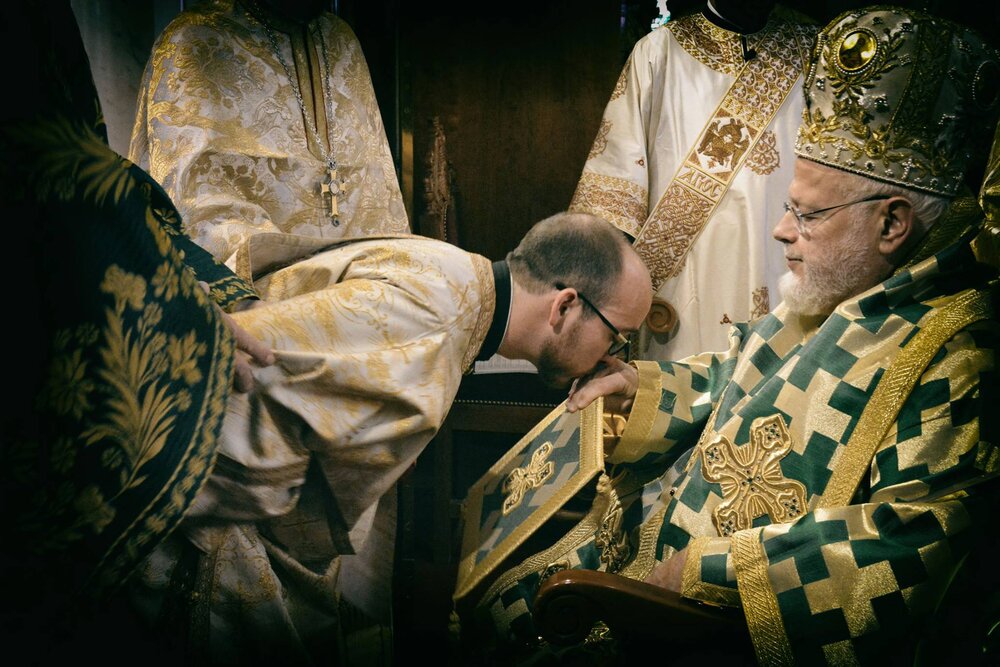 On Wednesday, March 7th, Nicholas Livingston was ordained to the Holy Diaconate by His Eminence Metropolitan Methodios of Boston at the St. Methodios Faith & Heritage Center in Contoocook, New Hampshire, at the conclusion of the annual Metropolis Clergy Retreat.

The deacon ordination begins with the making of the candidate as a subdeacon, when the candidate washes the bishop’s hands. He is vested in a white robe, signifying the garment of baptism, and is directed to stand before the icon of Christ while hold a bowl and pitcher of water, with a towel over his head. The Candidate remains there until the Great Entrance, when he again washes the bishop’s hands and then takes part his place at the end of the Great Entrance. Because this ordination was during the Presanctified Liturgy, the formal ordination to the diaconate began immediately following this. Nicholas spoke about the calling of the Priesthood, his formation, and thanked the many people who have influenced him along the way to ordination. His Eminence imparted words of wisdom to Nicholas, and invited him to “enter into the joy of his Lord.” Escorted by two priests, Nicholas was walked around the Holy Altar three times, kissing each corner of the Altar Table on each round. He then knelt down and His Eminence read prayers calling the Holy Spirit down to ordain him as a deacon. Following this, His Eminence proclaimed “AXIOS” and vested the newly ordained deacon.

The following Sunday, March 11th, Deacon Nicholas was ordained as a priest at the Cathedral of St. Spyridon in Worcester, Massachusetts. Deacon Nicholas served as the first deacon until the ordination to the priesthood began immediately following the Great Entrance. He again spoke about his calling and offered thanks to many people in his life, and was again escorted around the Holy Altar by his brother priests. Metropolitan Methodios read similar but different prayers as in the Diaconate Ordination, and again vested the new priest.

Father Nicholas is married to Nikoletta livingston, and is the son-in-law of Father Anthony and Presvytera Themmi Evangelatos, who serve the community of St. Athanasios in Arlington, Massachusetts. Father Nicholas’s parents, Deacon Anthony and Camille Anna Livingston, were in attendance after travelling from their home in California.

Father Nicholas will continue to serve the historic community of St. Spyridon Cathedral in Worcester, MA alongside Father Dimitrios Moraitis. 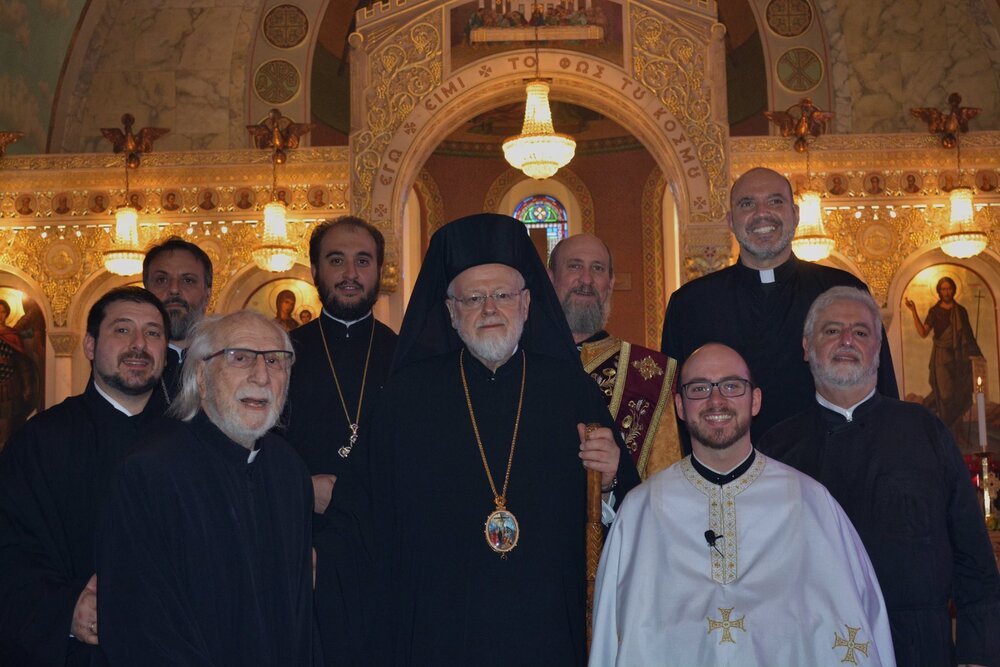 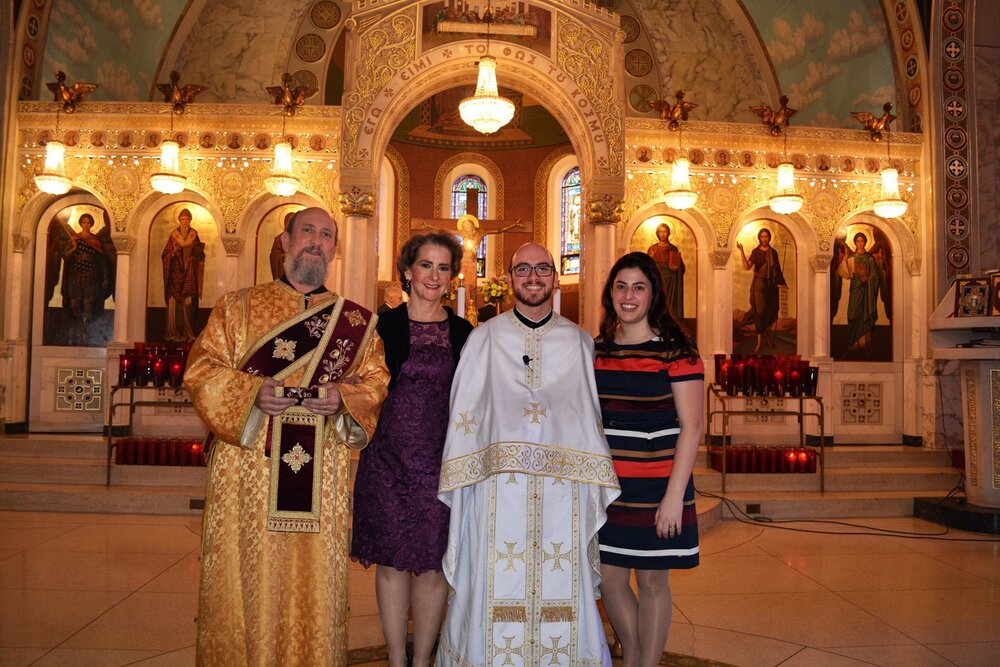