On Sunday, September 30, 2018 Fr. Evangelos Georgiades celebrated his final Divine Liturgy as Pastor of the Saint Demetrios community. 2018. After more than five decades of active ministry and 24 years as pastor of the Saint Demetrios Greek Orthodox Church in Fall River, MA Fr. Evangelos has retired from active ministry. His Eminence Metropolitan Methodios, at the conclusion of the Divine Liturgy, bestowed on Fr. Evangelos the cross of the Metropolis of Boston and thanked him for his tireless ministry which he offered, no only to parishes within the Metropolis of Boston but throughout the Archdiocese. During the farewell luncheon, hosted by the parish in honor of their pastor,  Fr. Evangelos thanked the parish and all those who worked with him over the years to enrich the life of the Saint Demetrios community.

Fr. Georgiadis was born in Lekka, Samos, Greece, on September 9, 1930 to parents Christodoulos and Anezina Georgiadis. In 1955, he graduated from the Seminary of the Island of Patmos which he had attended for seven years. In 1960, he graduated from Holy Cross Theological School and continued his education at the Boston University with help of the Taylor Scholarship.In 1960, he married Anastasia Toulopoulos of Dorchester, Massachusetts. They have three children: Christodoulos, George and Anna-Maria. We have been blessed with three grandchildren: Evangelos, Joseph Evangelos, and Anastasia Joyce. 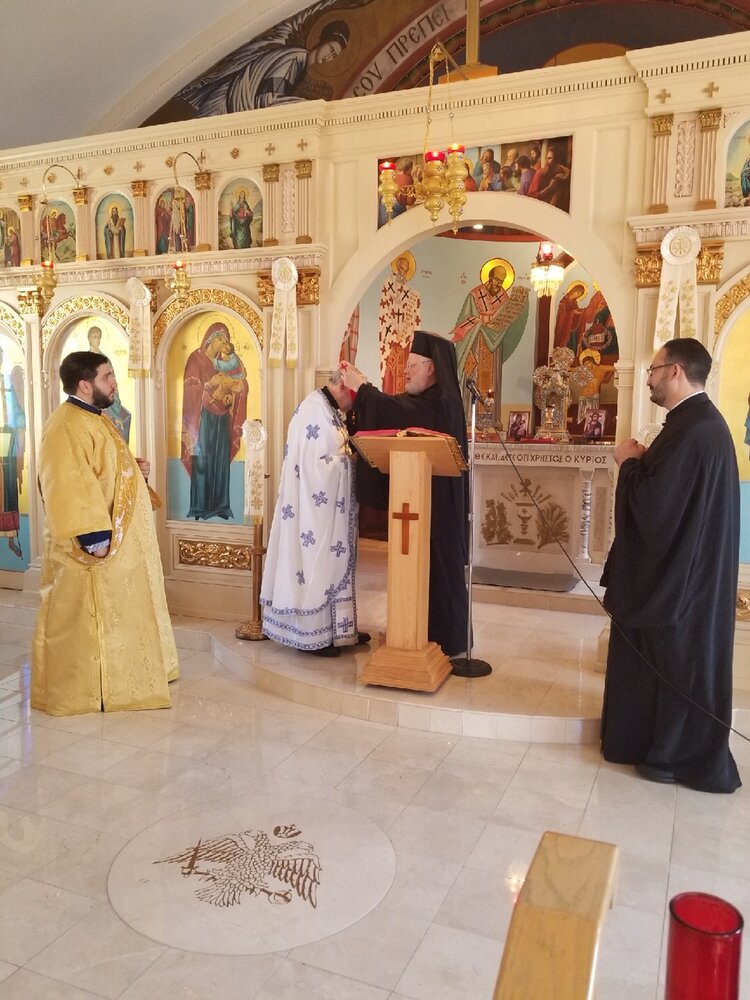 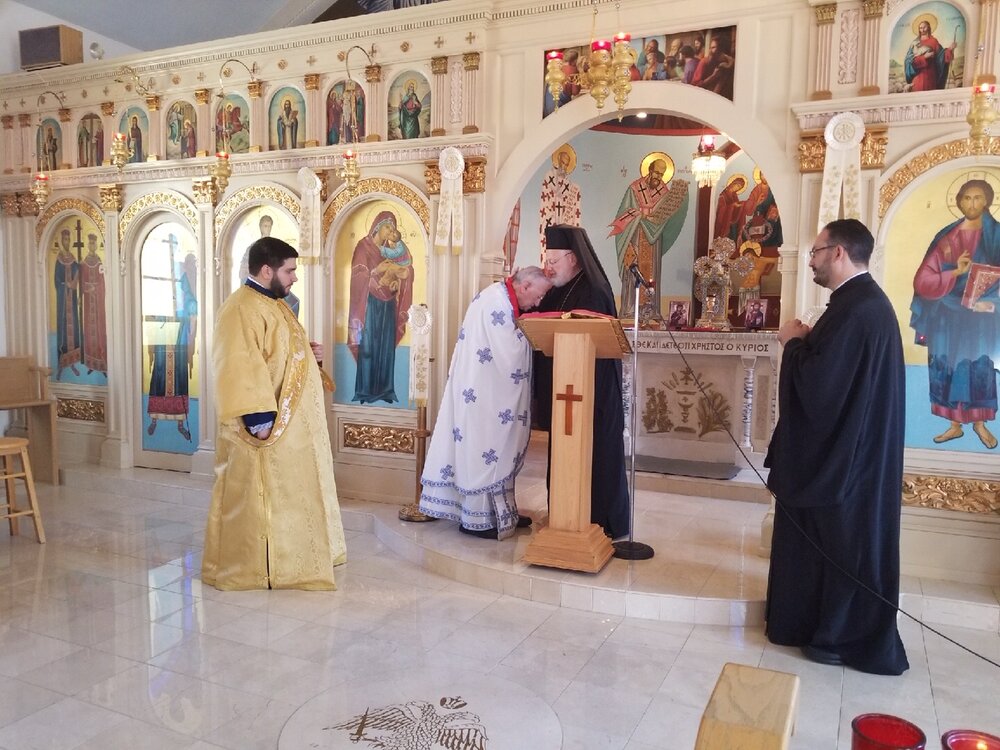 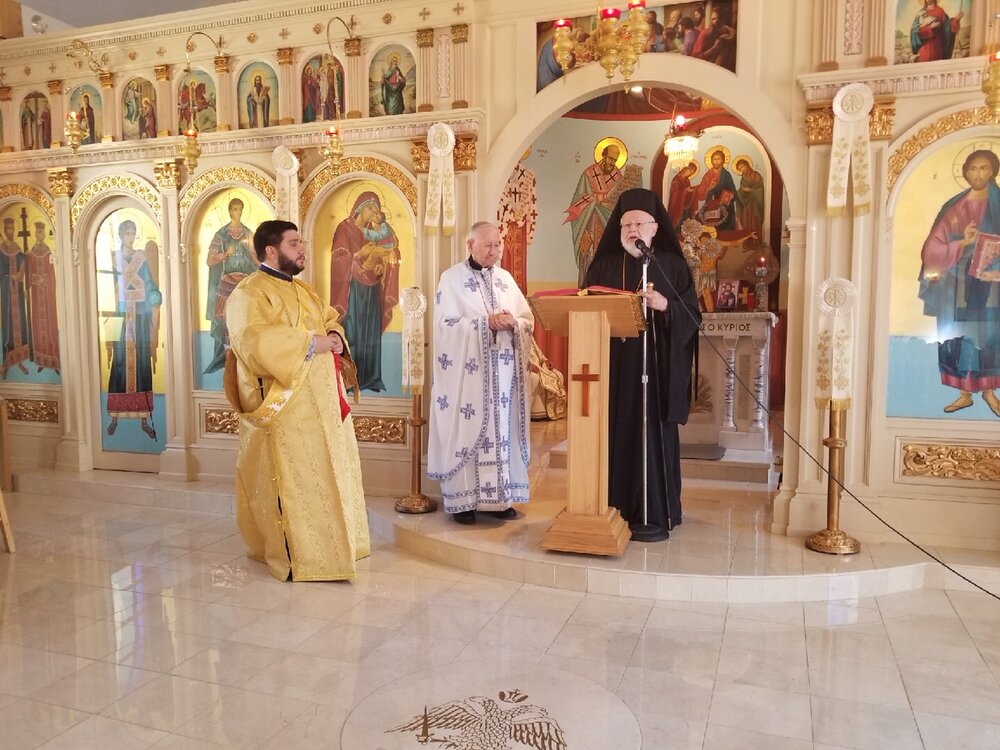 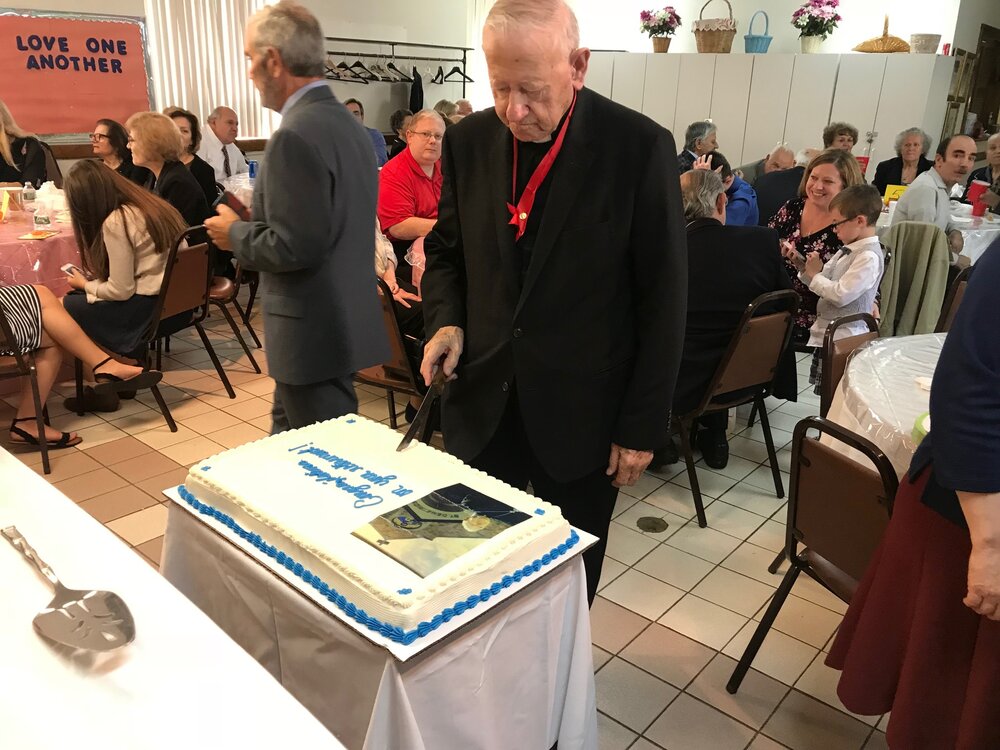