About the Greek Orthodox Metropolis of Boston 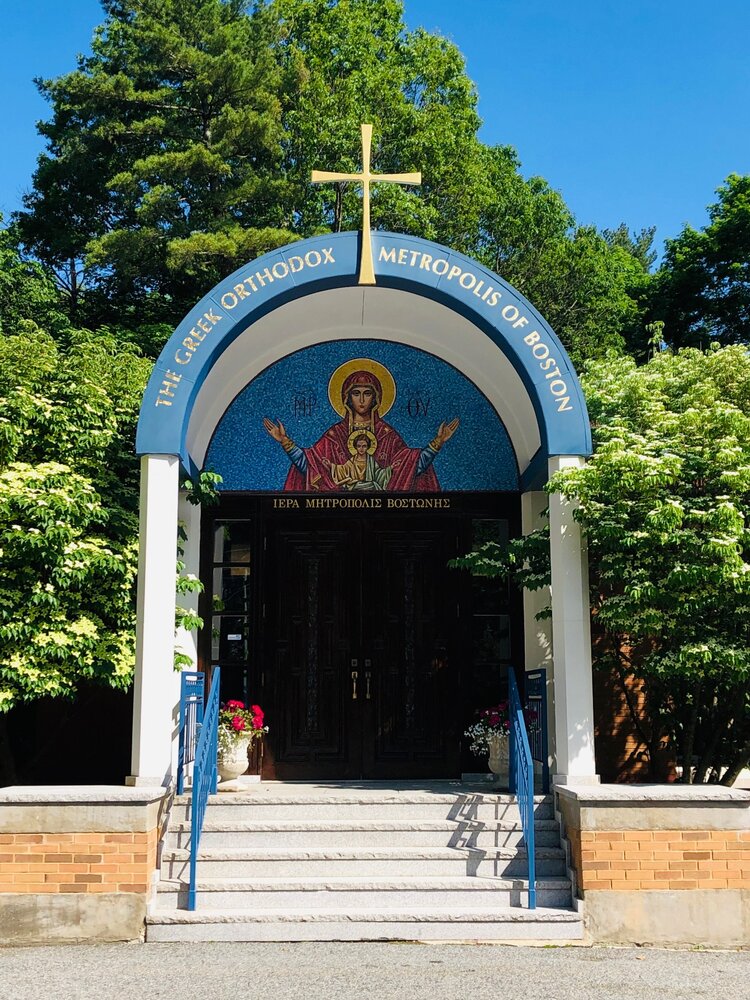 The Greek Orthodox Metropolis of Boston, with its headquarters located in Brookline, Massachusetts, is comprised of 62 parishes throughout New England – the North Eastern part of the Greek Orthodox Archdiocese of America, which is under the spiritual guidance and canonical jurisdiction of the Ecumenical Patriarchate. The Metropolis of Boston serves as a beacon, carrier, and witness of the message of Christ to all persons who live in New England, through divine worship, preaching, teaching, and living of the Orthodox Christian Faith.

Under the guidance and leadreship of His Eminence Metropolitan Methodios, the Metropolis supports the ministries and work of local parishes and, through the life of the parish, extends its support to both clergy and laity. Today, the Metropolis has developed distinct Ministries which support the unique needs of its parishes and provides spiritual and educational programs for the preservation and perpetuation of our Orthodox faith and Hellenic culture, as well as social and outreach activities to support local and international communities.

The Orthodox Church today, numbering over 250 million worldwide, is a communion of self governing Churches, each administratively independent of the other, but united by a common faith and spirituality. Their underlying unity is based on identity of doctrines, sacramental life and worship, which distinguishes Orthodox Christianity. All recognize the spiritual preeminence of the Ecumenical Patriarch of Constantinople who is acknowledged as primus inter pares, first among equals. All share full communion with one another. The living tradition of the Church and the principles of concord and harmony are expressed through the common mind of the universal episcopate as the need arises. In all other matters, the internal life of each independent Church is administered by the bishops of that particular Church. Following the ancient principle of the one people of God in each place and the universal priesthood of all believers, the laity share equally in the responsibility for the preservation and propagation of the Christian faith and Church.

Before the establishment of an Archdiocese in the Western Hemisphere there were numerous communities of Greek Orthodox Christians. The first Greek Orthodox community in the Americas was founded in New Orleans, LA by a small colony of Greek merchants. History also records that on June 26,1768 the first Greek colonists landed at St. Augustine, FL, the oldest city in America. The first permanent community was founded in New York City in 1892, today’s Archdiocesan Cathedral of the Holy Trinity and the See of the Archbishop of America. The Greek Orthodox Archdiocese of North and South America was incorporated in 1921 and officially recognized by the State of New York in 1922.

The Greek Orthodox Archdiocese of America is composed of an Archdiocesan District -- New York and eight Metropolises: New Jersey, Chicago, Atlanta, Detroit, San Francisco, Pittsburgh, Boston and Denver. It is governed by the Archbishop and the Eparchial Synod. The Eparchial Synod is headed by the Archbishop of America and comprised of the Metropolitans who oversee the ministry of the Metropolises throughout the United States. It has all the authority and responsibility which the Church canons provide for a provincial synod.

There are 540 parishes, 800 priests and approximately 1.5 million faithful in the Greek Orthodox Archdiocese of America. The Archdiocese receives within its ranks and under its spiritual aegis and pastoral care Orthodox Christians, who either as individuals or as organized groups in Metropolises and Parishes have voluntarily come to it and which acknowledge the ecclesiastical and canonical jurisdiction of the Ecumenical Patriarchate.

The Greek Orthodox Church in America sanctifies the faithful through divine worship, especially the Holy Eucharist and other Sacraments, building the spiritual and ethical life of the faithful in accordance with the Holy Scriptures, Sacred Tradition, the doctrines and canons of the Ecumenical and local Councils, the canons of the Holy Apostles and the Fathers of the Church and of all other Councils recognized by the Orthodox Church.

We hope to keep the faithful throughout New England informed of all Metropolis Programs. On our website you can read encyclicals and messages, be informed of scheduled events and keep up-to-date with news from the Philoxenia House, the Camp and Retreat Center, the Youth and Young Adult Ministries Office and the Metropolis Philoptochos. Our site also features in our Digital Photo Gallery a vast collection of photographs from parish visitis, liturgical celebrations, and various ministriy gatherings from all over the Metropolis of Boston.

Our historic Metropolis consists of 62 Parishes in the New England states of Maine, Massachusetts, New Hampshire, Rhode Island, Vermont and four towns in Connecticut (Danielson, Enfield, New London and Norwich). Learn about them and their programs in the communities section.