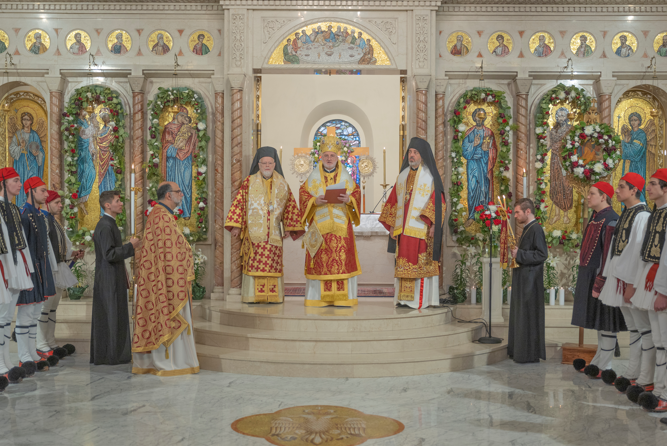 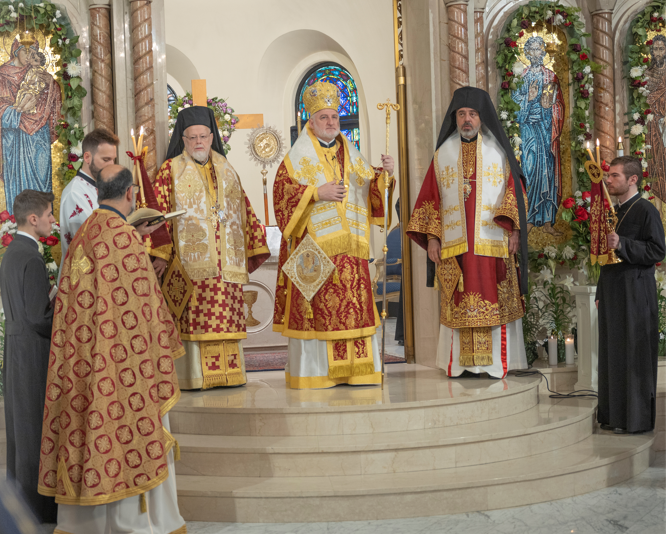 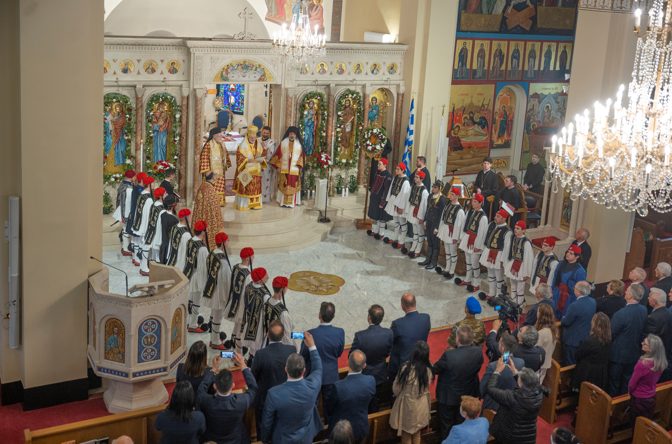 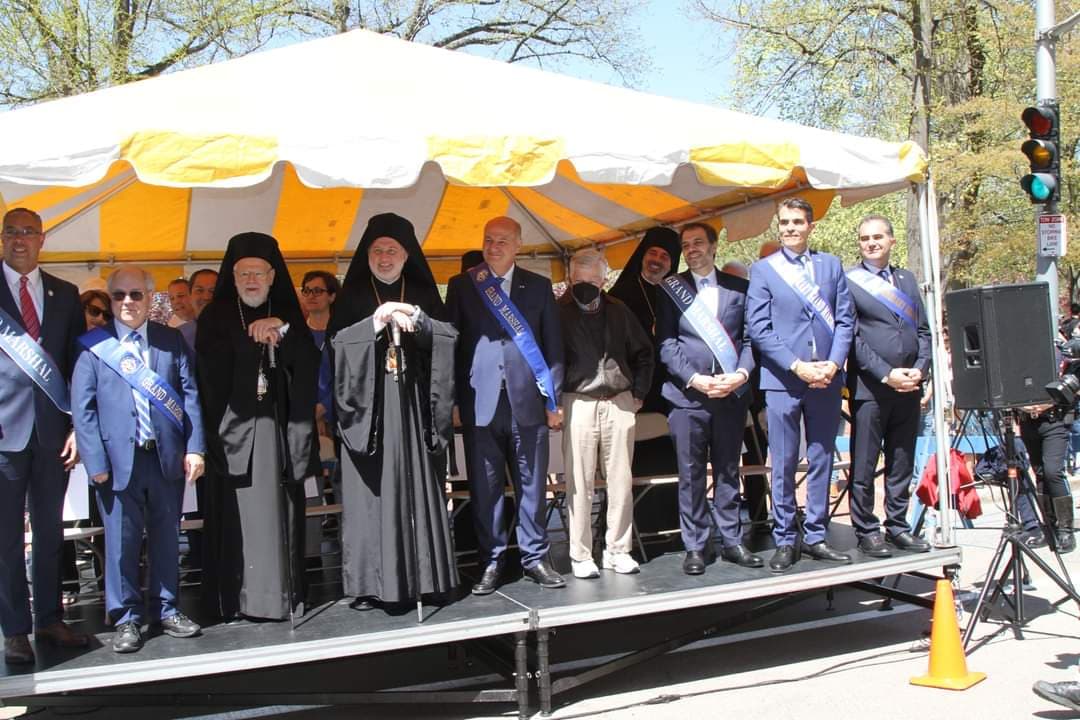 On Sunday, May 1, the Sunday of Thomas, His Eminence Archbishop Elpidophoros was welcomed by His Eminence Metropolitan Methodios as he made a pastoral visit to the Annunciation Cathedral of New England in advance of the parade commemorating Greek Independence Day in Boston.  The Archbishop and Metropolitan were joined by His Grace Bishop Athenagoras of Nazianzos, Reverend Father Thomas Chininis, and Deacon Michael Giavris for Sunday services.  Following the conclusion of Divine Liturgy, Archbishop Elpidophoros led the congregation in a Doxology for March 25.

In his remarks, the Archbishop said, “We call the Resurrection of our Lord Jesus Christ, “Άνάστασις,” which literally means “to stand again.” For the dead are laid to rest supine, lying flat in the earth. But to rise again and stand upright, my dear friends, is truly a miracle. And this is exactly what happened in 1821. The Greek People stood tall again and commenced the long battle back to the integrity of their faith, their culture, their language and their territory.”

Archbishop Elpidophoros welcomed several guests from Greece: Minister of Justice of Greece, Mr. Kostas Tsiaras, Honorable Consul General of Boston, Stratos Efthymiou, Mayor of Kalamata, Mr. Athanasios Vasilopoulos, and Deputy of Thessaloniki, Mr. Dimitrios Kouvelas.  Father Chininis welcomed the Archbishop, thanked him for his leadership, and offered prayerful support for the Eparchial Synod, that their dedication will aid the ministries throughout the Archdiocese to continue to grow and mature.

The Cathedral community and the Greek Federation co-sponsored a luncheon reception at the Cathedral in preparation of the parade.