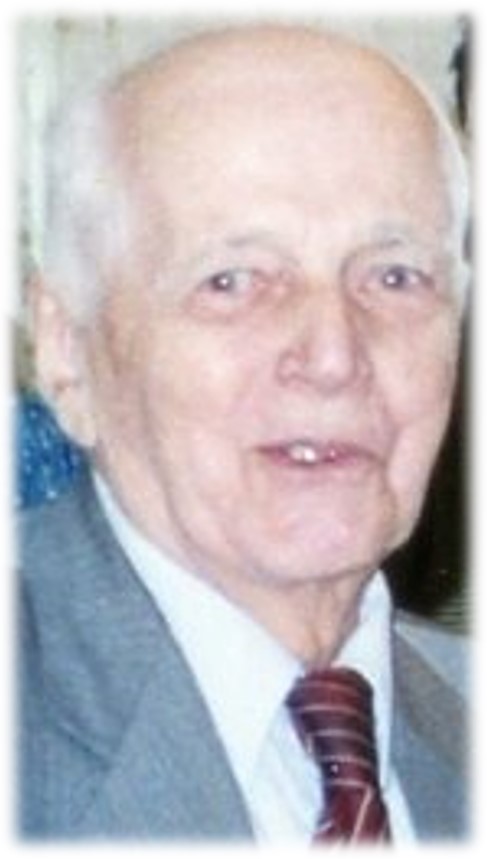 Stavros Bellos
The first scholarship award is named after Stavros Bellos, one of the Epirote village of Tsamantas’ native sons and the village’s greatest benefactor, who bequeathed a very generous sum to the St. George’s Society. This sum, together with other society funds, have endowed a perpetual scholarship fund administered under the auspices of the Metropolis of Boston, continuing the long and fruitful leadership of His Eminence Metropolitan Methodios in New England. The second scholarship is in memory of Arthur Athanasiou, a former 61 year member of the St. George’s Society who also served several tenures as president of the society. He was the driving force in its revitalization during the last 20 years. The “Stavros Bellos Scholarship” will provide a $7,500 award while the “Arthur Athanasiou Scholarship” will provide a $5,000 award. The deadline to apply for both scholarships is June 1, 2021. 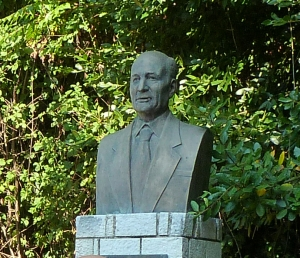 Stavros Bellos Memorial Statue
(1913-1999)
Tsamantas. Epirus, Greece
Tsamantas, a once-thriving mountainous village of more than 1,500 inhabitants located in Epirus, Greece, today has a population of fewer than 20 residents. A large chain migration of young men from the village ventured to Worcester at the turn of the 20th century to forge a new life for their families. In 1908, some 40 of these pioneers established one of the first Greek-American fraternal organizations in the United States; The St. George Hellenic Benefit Society of Tsamantas, and thereby helped build the long-thriving Greek Orthodox community in Worcester, Massachusetts. Current scholarship committee member and former St. George’s Society VP Nick Athanasiou stated, “The society was founded to help, support and benefit the village and people of Tsamantas. The new scholarship fund continues this storied tradition by aiding deserving Greek-American students in achieving their academic ambitions while also commemorating our ancestral village, our venerable society and its many founders and benefactors for generations to come.”
Congratulations to the 2022 Scholarship Recipients!
"The Stavros Bellos Scholarship" was awarded to Isabella Vangos
"The Arthur Athanasiou Scholarship" was awarded to Evangelos Comitas

The traditional village of Tsamantas is located in Epirus in northern Greece, near the border with Albania. It lies within the prefecture of Thesprotia and in ancient times was part of the Thesprotian district of Kestrinis. To the north of the village stands Mount Stougara, part of the Keravnion range. This is a very rugged region, containing a number of peaks with primarily foreign (Slavic) names, such as Arotos, Doges, Tsouka, Lemiko and Koziakas.

Tsamantas is divided by two small rivers – the Stera and the Platanaki – which form the boundaries of the village’s three neighborhoods: Pera Mahalas, Thana, and the smallest of all, Pranthis. The climate is very pleasant, and around the village are abundant springs of clear mountain water, such as Korpi, Theleiza, Aili, Pigadouli, Rigos, Skrigiazi, Dafniza.

The location’s potential in defensive terms was noted by the first inhabitants of Epirus, during prehistoric times. Settlements were constructed on the plateau and enclosed by massive stone walls. In the area called Staroda, for example, there is a small westward-facing plain on which the remains of Cyclopean walls can be found. The transportation and positioning of the large boulders used in construction indicates that our prehistoric ancestors were extremely skilled people.

The Origins of the name Tsamantas

Historical sources suggest that the village took its name in the middle of the thirteenth century from two Byzantine families by the name of Tsamantouri and Kamitzai. These families were prominent in the court of the Nicaean empire in Bithynia (Asia Minor). Indeed, the Tsamantouri family was related to the royal house of Laskaris, and when Michael Paleologos attempted to usurp the throne from the child heir Ioannis Laskaris, they revolted. As a consequence, they were prosecuted in 1260 by Michael Paleologos and exiled to the Despotate of Epirus.

The population of Tsamantas has fluctuated wildly over the centuries. In 1832, it had just 120 families, compared with 280 four hundred years earlier. During the 1940s it reached a peak of 1800 inhabitants, but now has only 4-6 permanent inhabitants. This drastic reduction in the population is due to emigration to America, Australia, Canada and Europe, as well as other parts of Greece. In the twentieth century, the largest concentration of Tsamantiotes outside of Greece was in Worcester, MA.

Despite its small size, the village has produced important personalities in every area of human activity. In the old days, many of its inhabitants were capable enough to graduate from the prestigious ‘Grand Patriarchate School’ in Phanari, Constantinople, and in more recent times, the village’s students have excelled in many disciplines, as educationalists, writers, folklorists, historians, doctors, merchants, businessmen and artists. Furthermore, there was a tradition in the village for many centuries of men becoming itinerant workers – coopers, tinkers, builders and so on – and on returning to village, these men brought with them customs and traditions from other parts of the country which enriched the life and language of the village. All of this has contributed greatly to the educational and cultural inheritance of Tsamantas.

This description of the village of Tsamantas was written in 2002 by one of its sons, the renowned folklorist Kostas Zoulas. It has been translated from the Greek by Dimitrios Konstadakopulos, another son of Tsamantas.