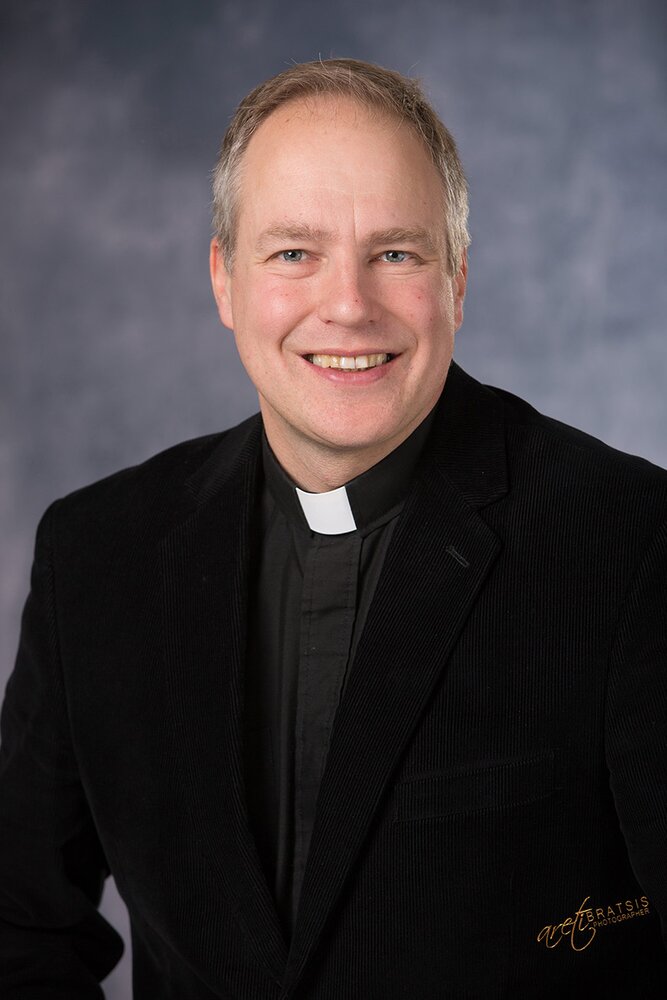 Fr. Gregory Christakos was born in Lawrence, Massachusetts, and grew up in nearby Methuen. He is the son of Christos Christakos and the late Carol (née Casale) Christakos. As a child, Father attended Saints Constantine & Helen Greek Orthodox Church in Lawrence and Andover. He would later become the first young man from that community to be ordained. He graduated with honors from the University of Virginia and Holy Cross Greek Orthodox School of Theology and also studied at Trinity College Oxford University and St. Vladimir Orthodox Theological Seminary. While in school, Father played rugby and was active in many organizations. After graduation from seminary, he was married, and then ordained to the diaconate and priesthood by Metropolitan Methodios. He spent six years as the assistant pastor at St. Spyridon Cathedral in Worcester. He is a member of the Middle East Studies Association and the Association for the Study of the Middle East and Africa. He is also a senior fellow of the Sophia Institute of Union Theological Seminary. Among his many interests are Semitic languages and Near Eastern History. He is an avid outdoorsman, rugby player, and musician. Father spent five years on the board of directors of Holy Trinity Nursing and Rehabilitation Center and has been a member of AHEPA since 1996. Fr. Gregory, Presbytera Eleni, and their two daughters officially joined the Sts. Anargyroi community on her feast day, November 1, 2011, and the next summer welcomed a son to their family.