Greek Orthodox Metropolis of Boston » About Us » Metropolitan Methodios

His Eminence Metropolitan Methodios of Boston 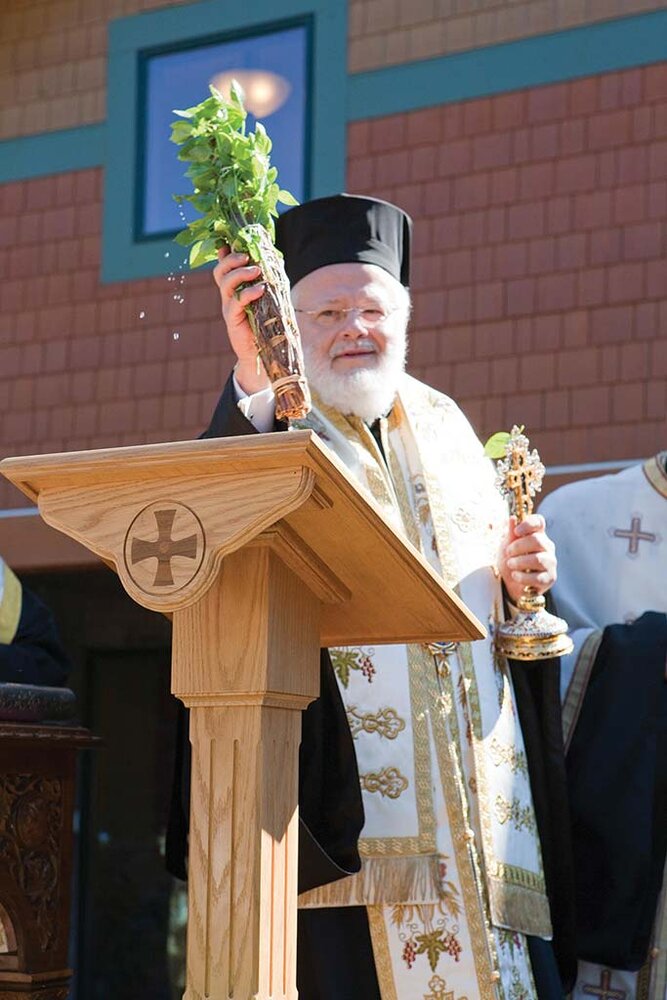 His Eminence Methodios, Metropolitan of Boston, is the spiritual leader of the Greek Orthodox Metropolis of Boston which includes all of Massachusetts, Maine, New Hampshire, Rhode Island and Vermont and the Connecticut towns of Danielson, Enfield, New London and Norwich. The Metropolis, whose offices are located in Brookline, Massachusetts, consists of 63 parishes which minister to the needs of approximately 200,000 Greek Orthodox faithful.

Metropolitan Methodios was enthroned as the Bishop of Boston on April 8, 1984, following his election to that post by the Holy Synod of the Ecumenical Patriarchate in Phanar, Constantinople, Turkey. In July 1989 Bishop Methodios also assumed the Presidency of Hellenic College and Holy Cross Greek Orthodox School of Theology in Brookline, Massachusetts. He held that position till 1995. In 1997 the Holy Synod of the Ecumenical Patriarchate elevated Bishop Methodios to the office of Metropolitan.

A Hierarch of vision, Metropolitan Methodios inspired the faithful of the Metropolis of Boston to support him in the construction of a magnificent Center located at 162 Goddard Avenue in Brookline. Groundbreaking for this edifice took place on September 14, 1985. It was completed a year later, on September 14, 1986. From this Center, the focal point of the Metropolis in New England, many programs emanate which serve and enlighten the faithful and share Orthodoxy with the public-at-large. 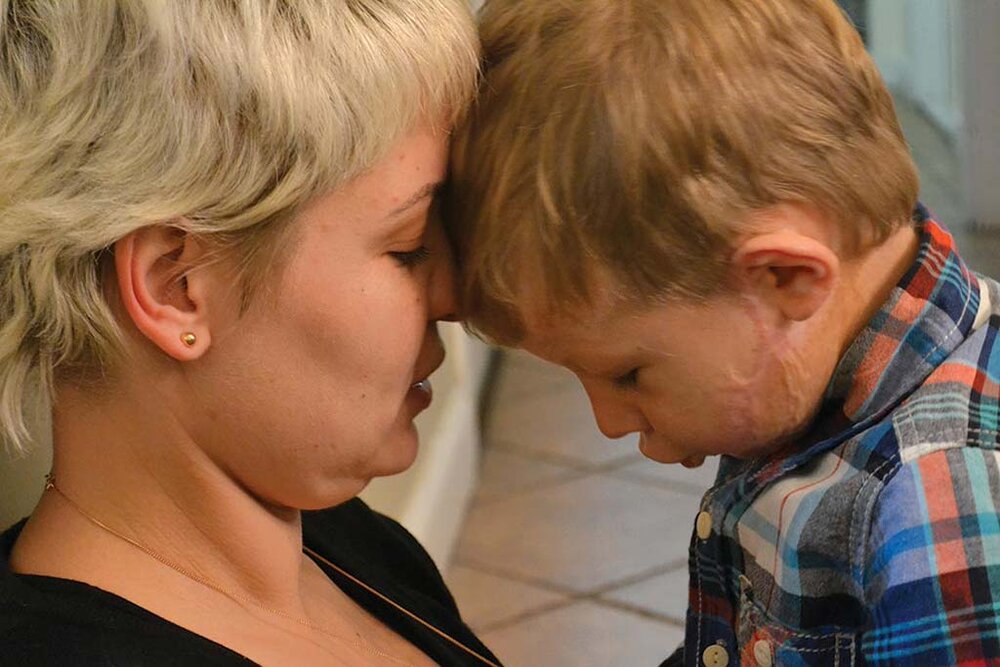 These programs include the Marriage Preparation Seminars, instituted by Metropolitan Methodios in 1987, for all couples who are getting married in the Greek Orthodox Metropolis of Boston. It is a most successful program which is being adapted nationally.

In 1986 Metropolitan Methodios established the Philoxenia House which offers hospitality to patients and those who accompany them who come to Boston for medical reasons and cannot afford to stay in hotels. Guests to the Philoxenia House have come from Greece, Cyprus, South America, South Africa, Egypt, Russia, Yugoslavia, Bulgaria and from throughout the United States. Metropolitan Methodios is assisted by the Philoptochos Women and the faithful throughout the Metropolis in this ministry. 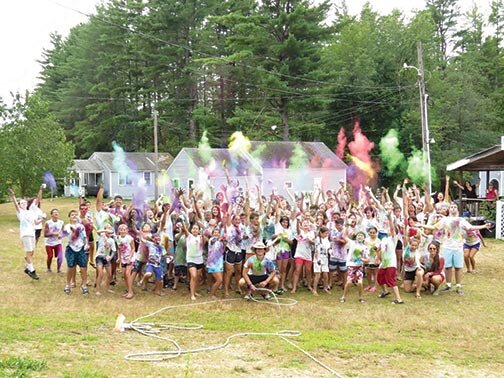 In the summer of 1998, through Metropolitan Methodios' tireless efforts and his ability to translate his vision and enthuse the faithful, the Diocese of Boston acquired Camp Merrimack in Contoocook, NH, a large, picturesque piece of property which will serve as a Camp and Retreat Center offering enriching programs for all.

Metropolitan Methodios was born on November 19, 1946 in New York City, the third child of the late Stavroula and Vasilios Tournas. He graduated from the Greek Orthodox Cathedral Parochial School in New York City and the McBurney School in Manhattan. He received the Bachelor of Arts degree from Hellenic College in Brookline, MA in 1968 and the Bachelor of Divinity Degree from Holy Cross Greek Orthodox School of Theology in 1971. In 1972 he earned the Master of Sacred Theology from Boston University and in 1975 the University of Thessaloniki, Greece, awarded him Theological Accreditation upon completion of further studies there. Boston University awarded Metropolitan Methodios the Honorary Doctor of Divinity Degree in May 1985. In June 1995 the American International College in Springfield, MA, awarded Metropolitan Methodios the Honorary Degree of Humane Letters. His Alma Mater, Hellenic College-Holy Cross, awarded him an Honorary Doctor of Divinity Degree on May 19, 2001. 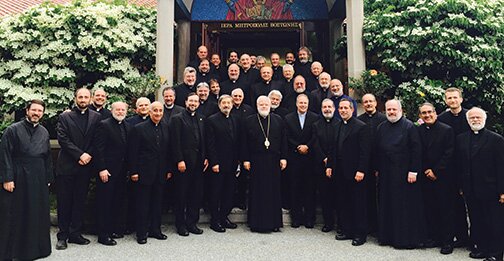 Metropolitan Methodios is ecumenical with an open mind and heart. "We must witness to what we believe," he says, "but that should not separate us from those who disagree. We should concentrate more on those things that unite us and let the Holy Spirit guide us in issues that separate us."

Metropolitan Methodios often quotes the parable of the Final Judgment recorded in the 25th chapter of the Gospel according to St. Matthew. Calling it one of the most meaningful passages in the Holy Scripture, Metropolitan Methodios reminds all that "in it our Lord and Savior Jesus Christ identified Himself with the hungry and thirsty, the stranger and the maimed, the sick and the prisoner.....to underscore a principle which many of us, caught up in the daily whirl of our own selfish routine, tend to forget or ignore. Specifically, that our dealings and treatment of one another are actually dealings with Christ Himself, and upon this reality our own judgment will be based. "This is a truth of the greatest magnitude upon which we must reflect most seriously," emphasizes Metropolitan Methodios. The Bishop, who walks at the annual Walk for Hunger sponsored by Project Bread, Inc., is a frequent visitor to area soup kitchens where he serves food to those who are in need. For his "unique contribution in the crusade against hunger and homelessness," Metropolitan Methodios has been honored by the Quincy Community Action Organization Inc, in Quincy, MA. He has also been awarded the "Good Neighbor" Award by the Brotherhood Mishkan Tefila in Chestnut Hill.

Metropolitan Methodios' message is a simple one. "Christ did not preach theology," he reminds. "His theology was written on the cross, in His own Blood, a theology of love and forgiveness. At the end, we will not be asked to voice a holy formula but we will be judged on how we treated our neighbors."

About the Greek Orthodox Metropolis of Boston